FlowPaw is a new coding kit that makes it easy for anyone to learn programming by making their own gadgets and gizmos.

We were recently at the Embedded World Exhibition in Germany where FlowPaw was on show on the Conrad booth.. What’s great amist the sea of USB boards is that it connects seamlessly to FlowStone and just works! 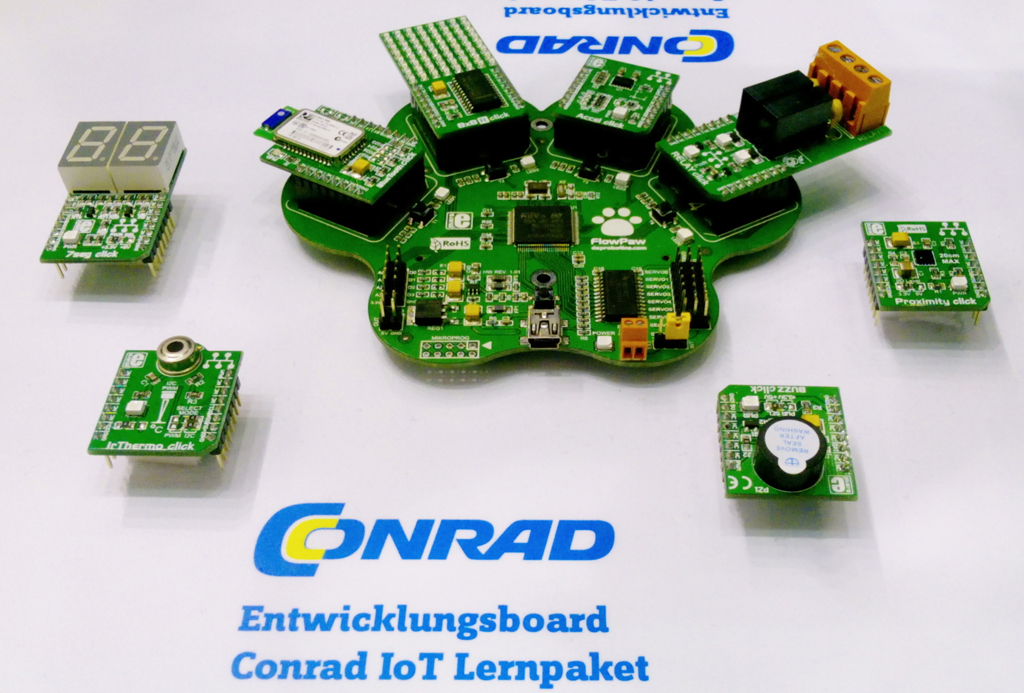 Happy Birthday Flowpaw – it was exactly one year ago that we launched FlowPaw on KickStarter and the project took off.. Thanks to everyone who helped this project become a success! 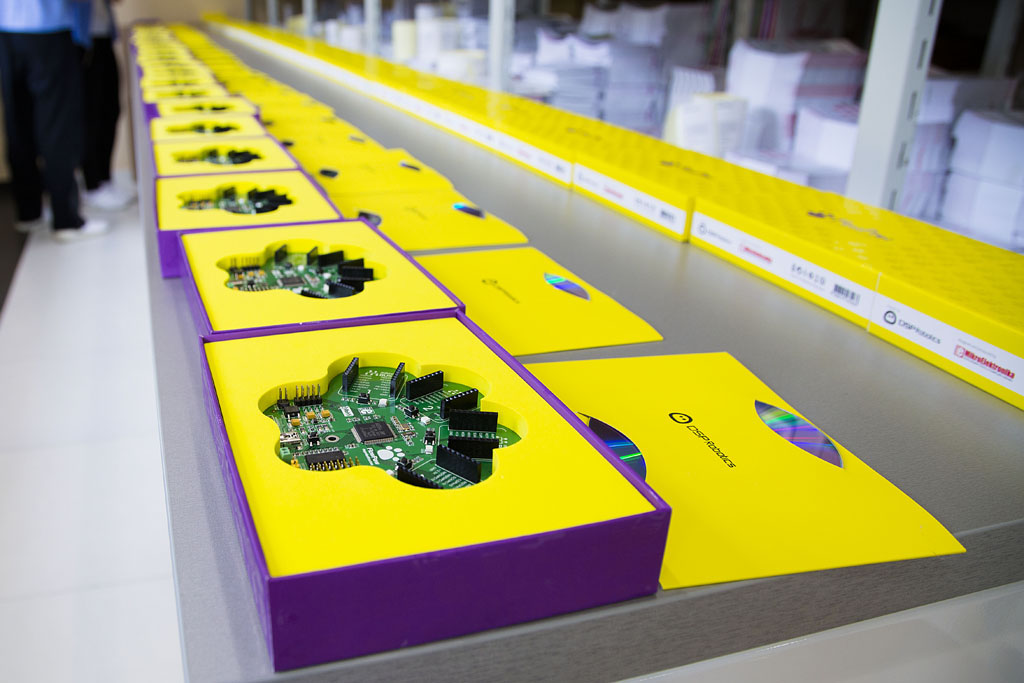 Conrad in Germany have launched a Internet Of Things portal for the FlowPaw IOT kit: 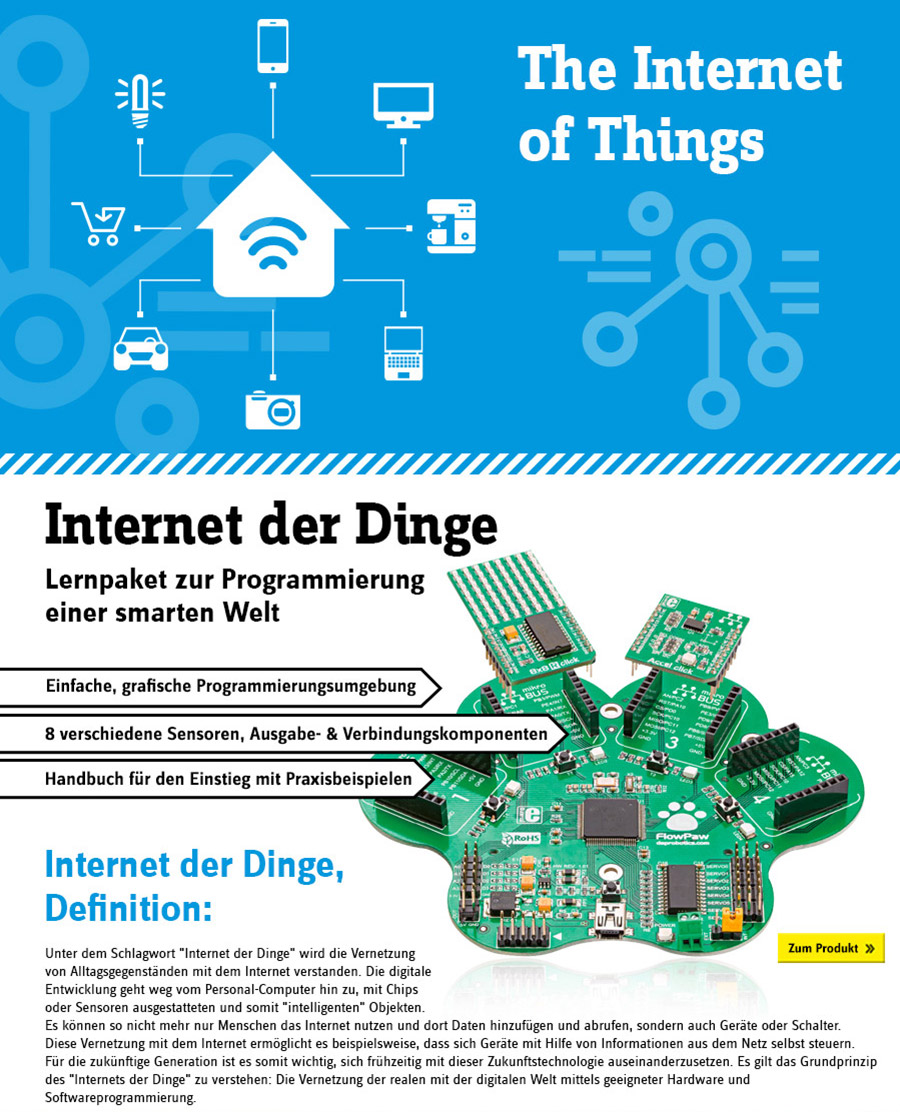 German electronics giant Conrad have been working with us here at DSPRobotics to make a new Internet of Things kit for German schools: Based on the FlowPaw board and FlowStone software from DSPRobotics, and bundled with eight Click boards from MikroElektronika plus a comprehensive workbook for student and teachers. The FlowPaw IOT kit from Conrad […] 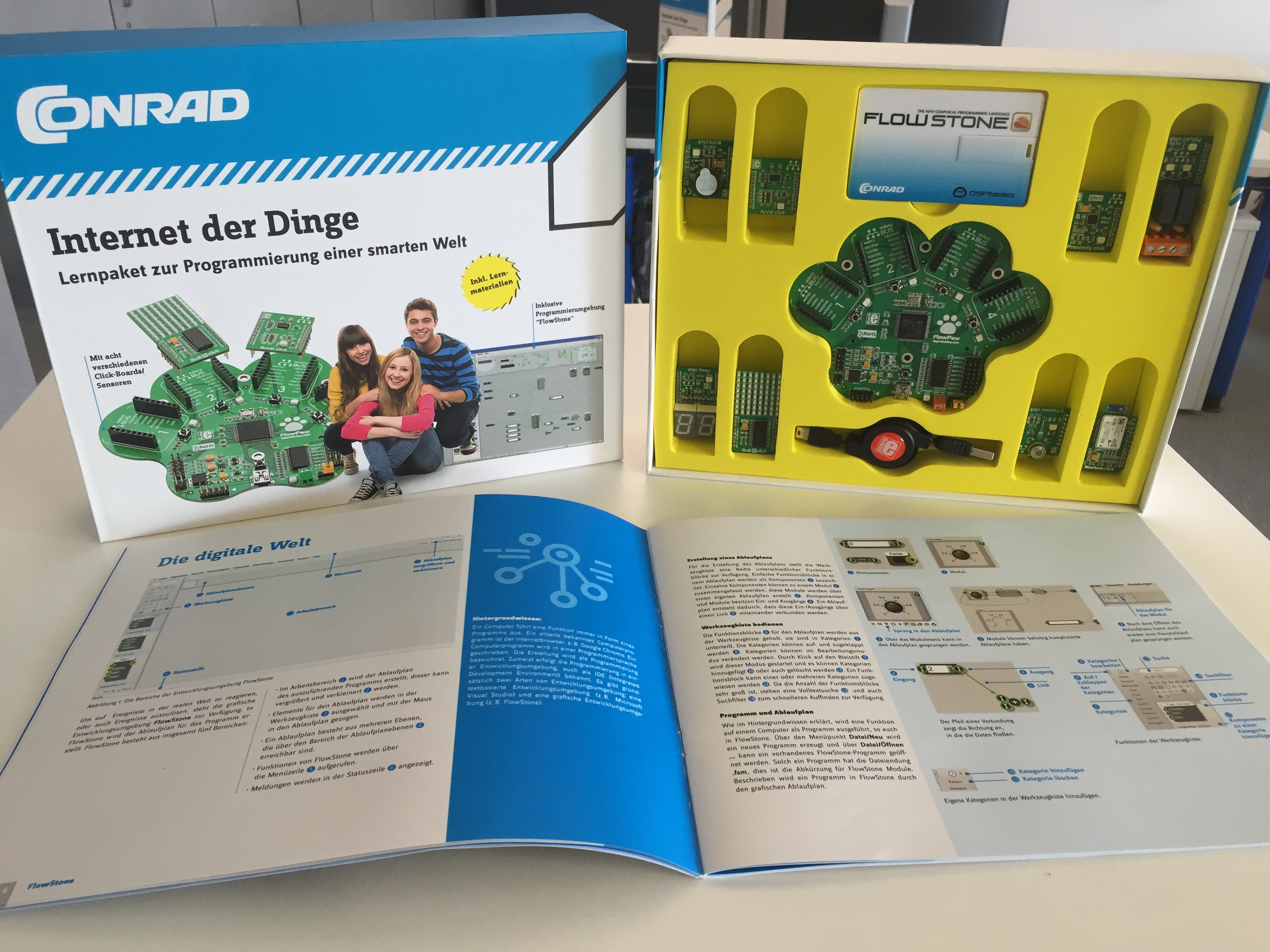